They said about Xenakis
1976, P. Restany 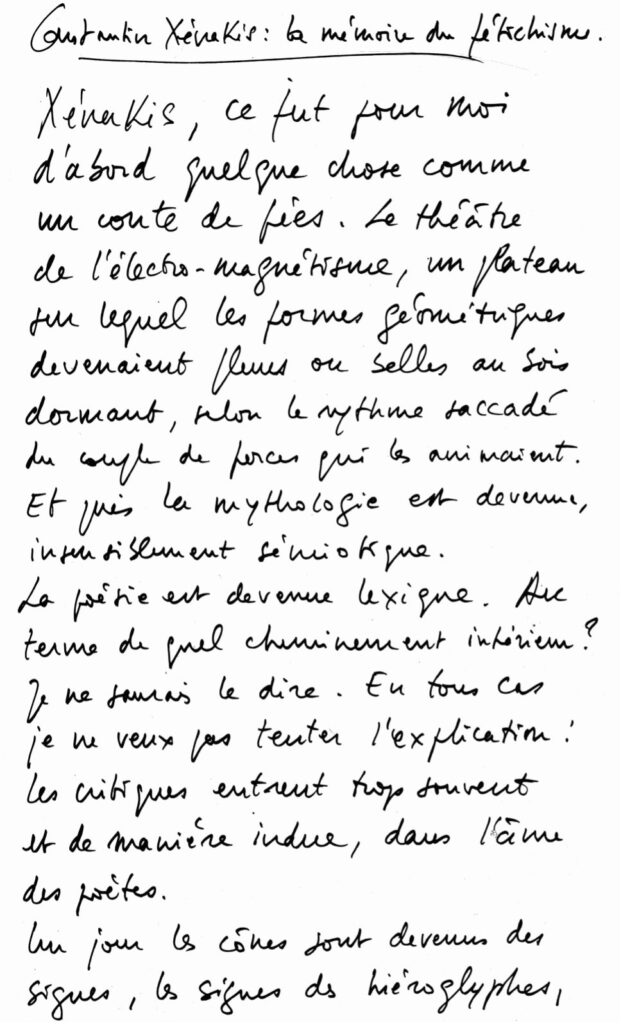 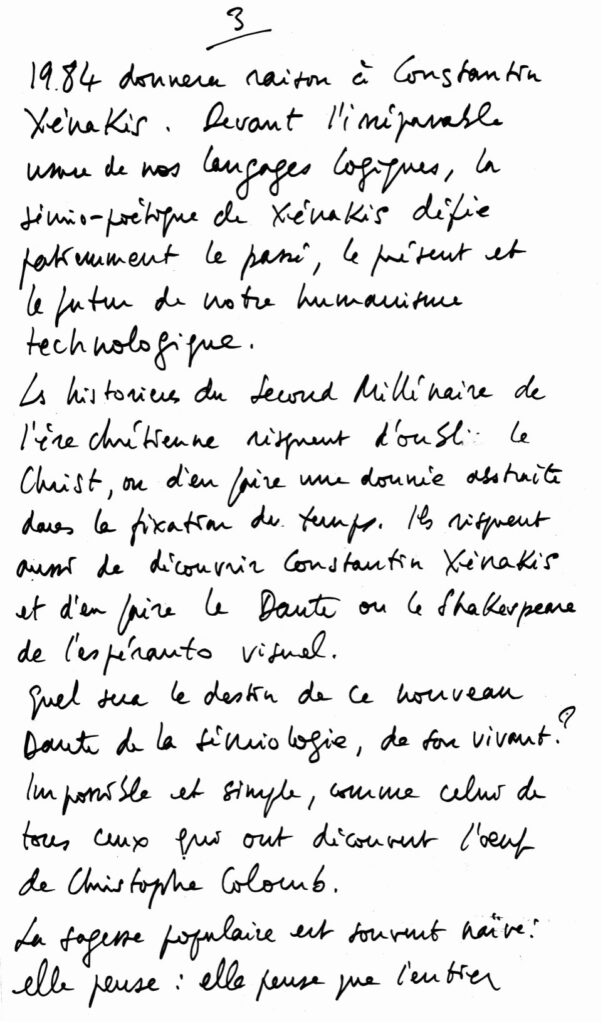 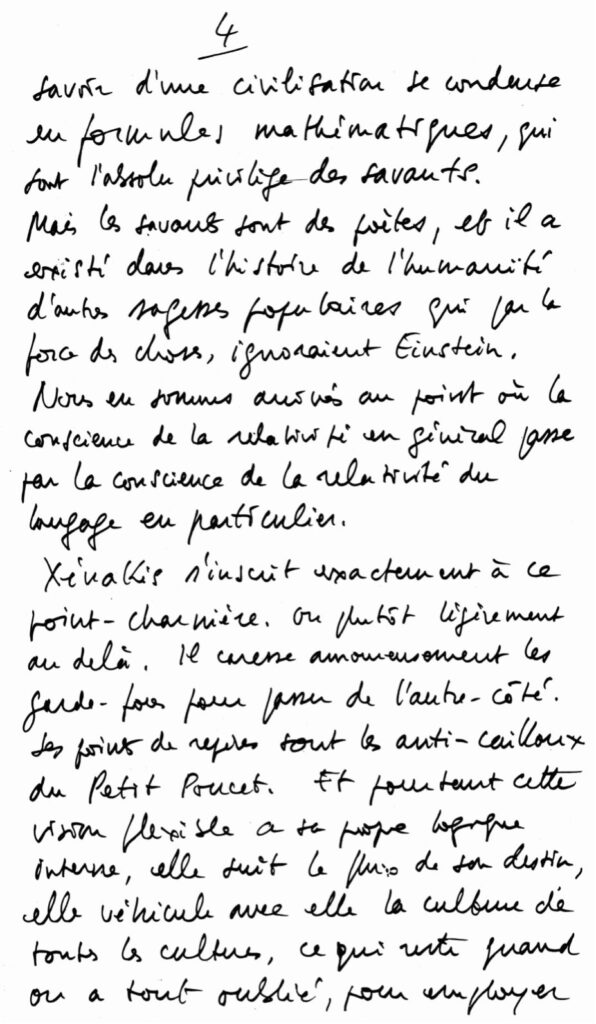 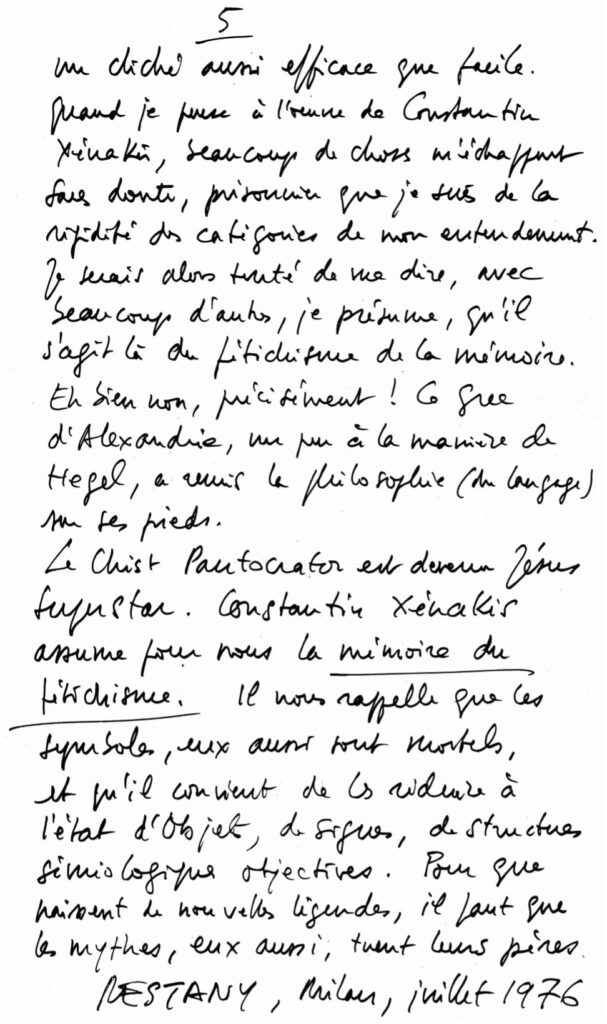 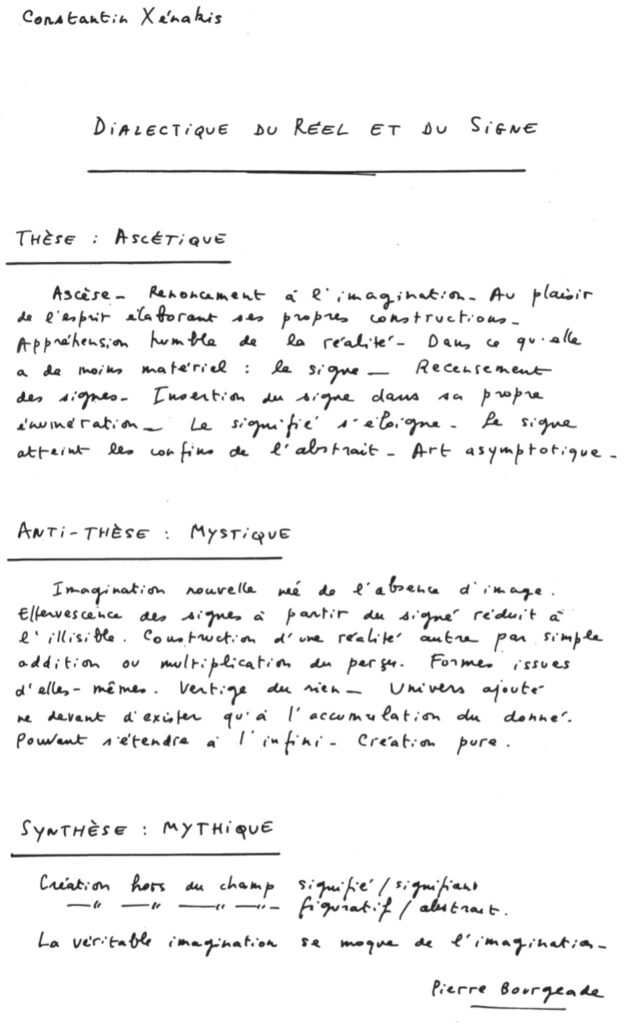 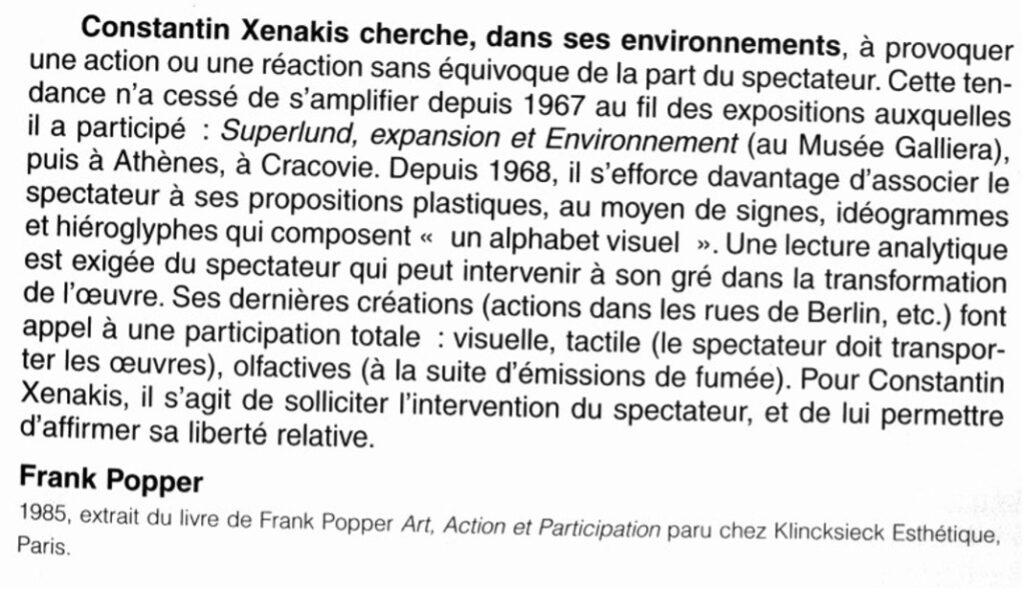 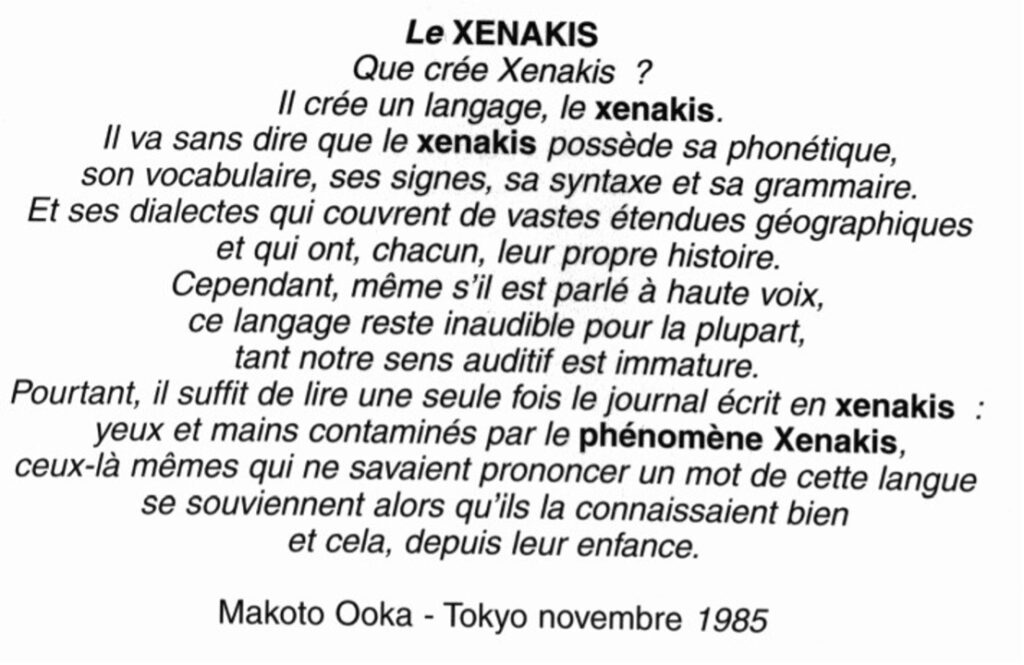 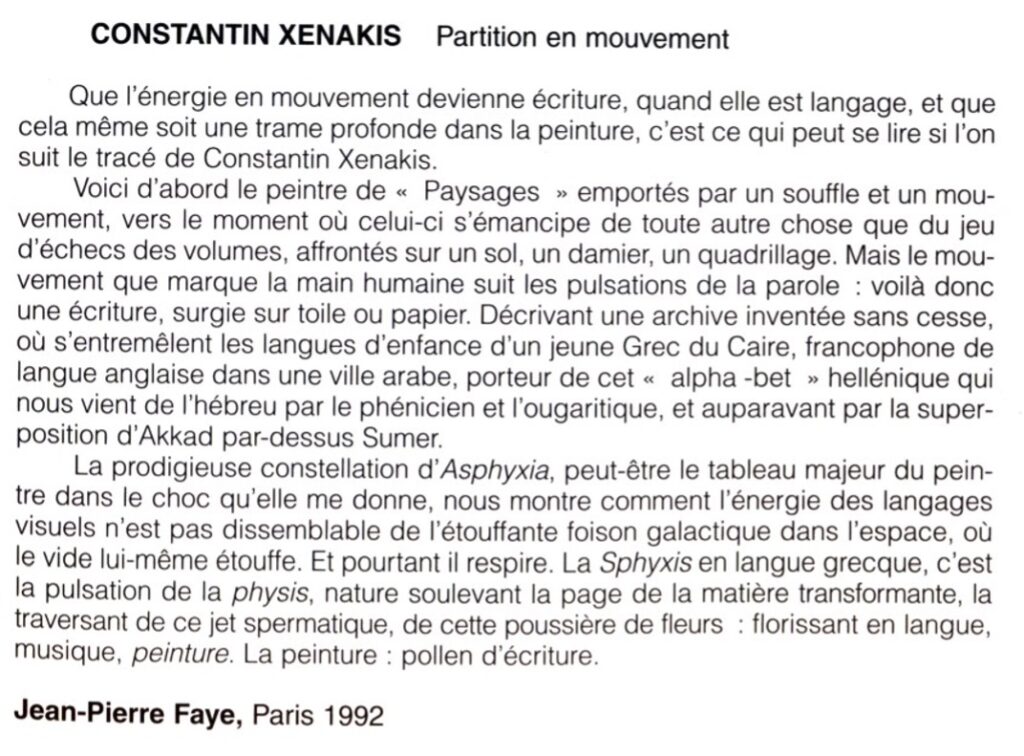 The reconstructed reality of Constantin Xenakis

The works of Constantin Xenakis have given rise to a plethora of critiques, analyses, and approaches. They have also been the inspiration for a considerable number of literary texts written by famous writers, such as Butor or Arrabal. But just when you think that everything has been said, you look at the works once again and you feel that you are facing an entire world calling out to be explored as if for the first time. And as soon as you enter this world, you discover things that previous explorers had not uncovered or that had remained hidden to you during your previous exploration.

The first thing that one discovers is that it is possible to feel pleasure when looking at a work of art—something which, although it had been considered indispensable to the apperception of the work of art, of any kind, has been almost obscured by the volume of, otherwise useful, information about art. The pleasure derived from the works of Constantin Xenakis consists of the exhilarating sense caused by the derivative view of nature, as it has always been offered by great painting. This nature, however, is not fantastically mythological, nor soothingly brilliant, nor dramatically unsettled, but crafted by the artist himself. This crafted nature, made up of transformed codes, languages, symbols, writings, monuments, and historical time itself, develops in parallel and becomes equally real as actual nature, as man has shaped it. The painting of Constantin Xenakis does not represent reality, it reconstructs it. He draws us, I would even say lures us, to penetrate inside this reconstructed reality. And this so that we can discover that this reality reconstructed by the artist is not a simple “virtual reality”, but a pictorial revelation of the existing but hidden reality, by means of which we can see how our life evolves in the existing reality and how it both affects and is affected by it.

This essential realism of the reconstructed reality brings us back, following a plunge into the past, to our ever renewed present, either by palindromic historical reference or through the unwinding of a road, which is both the existing road of everyday movement and the visual road paved by Constantin Xenakis.

Although we may repeat ad nauseam that we cannot turn back time, we sometimes forget it. What art accomplishes, however, is to sensitize us to the non-reversal of time. That is also what Constantin Xenakis succeeds in doing through his painting. And thanks to his work he can look towards the future with more perception, possibly, than politicians, programmers, and futurists.

The project «CULTURAL DIPOLE» is co-funded by the European Regional Development Fund and by national funds of the countries participating in the Cooperation Programme Interreg V-A “Greece-Bulgaria 2014-2020”.